helping you understand your surgical options 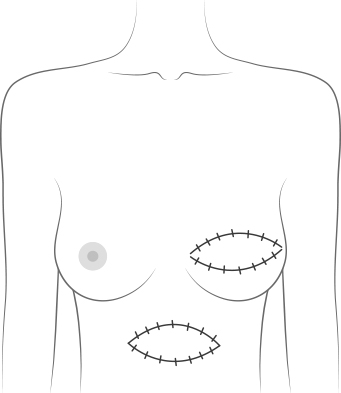 This type of reconstruction uses your tissue which results in softer, more natural feeling breast than if implants were used. Because the reconstructed breast(s) is made up of living tissue and no additional material is used in the reconstruction, future surgeries to maintain the breast(s) aren’t necessary. You may require additional surgeries to adjust the size or shape of the reconstructed breasts, if you desire. It’s important to note that because living tissue from another part of your body is used you will have an additional scar at the donor site, a lot of the sites are in areas that are often covered up by clothing.