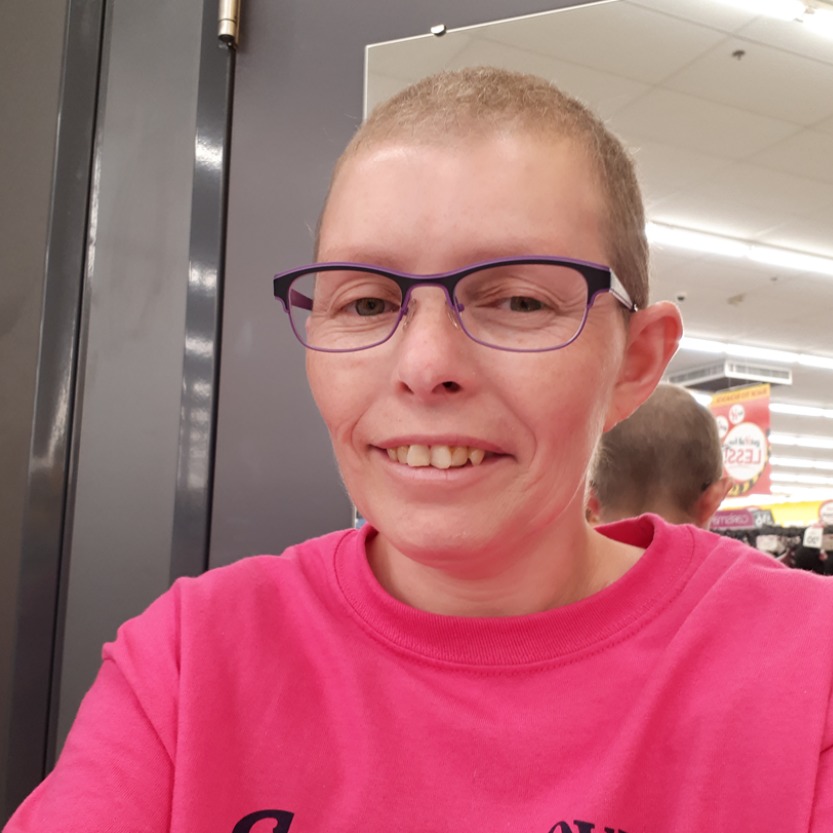 Typically Stage IV triple negative breast cancer metastasizes to the bones, lungs, liver, and brain; however, mine is not in any of my organs. Mine was only in the left breast, both axillary lymph nodes, two on the left side of my neck, as well as two spots on my chest wall near the lung.

After chemotherapy, surgery, and radiation, I went ten and a half months progression-free. In November 2017, my doctor wanted another CT scan done because he slightly heard something when I breathed in again and my tumor markers were up. When I had my first surgery back in March 2017, he told me not to get the lymph node removed on the right side even though it had shrunk less than 1 cm from chemo because he wanted an indicator if the cancer were to come back or spread. If he felt the lymph node, then he would know something has changed.

I also found out that my original pathology had been tested again because I recurred after only ten and a half months, less than the typical two years.

I had a regional recurrence, which refers to cancer that reappears in your lymph nodes.  Only 2 percent of breast cancer cases are purely a regional recurrence: one that isn’t anywhere else inthe breast area AND hasn’t spread to other parts of your body. Very rarely, recurring breast cancer will be found in the lymph nodes under your opposite arm, the arm on the side not previously treated.

The pathology report showed that I have two types of cancer. First it was triple negative, and now it is in my bloodstream and I have 5 percent HER2 positive. My oncologist indicated that I now needed chemotherapy because having it in my bloodstream meant that it could attach to any of my organs as quickly as days, weeks or months if not treated. Also, the 5 percent HER2 positive needed to be treated so it would not spread.

I am doing great and feel well. I stay positive and active by walking every day.

Back in February 2018, I was involved in the Art of Living Program through my cancer center. In this program, I worked with an artist to help tell my cancer story through art. I was able to break my story down to a shorter, to-the-point narrative that explains my type of cancer and my experiences going through it.

Since then, I have been continuing to do paintings that I sell; with the money going to support the Cancer Patient Care Fund at my local cancer center.