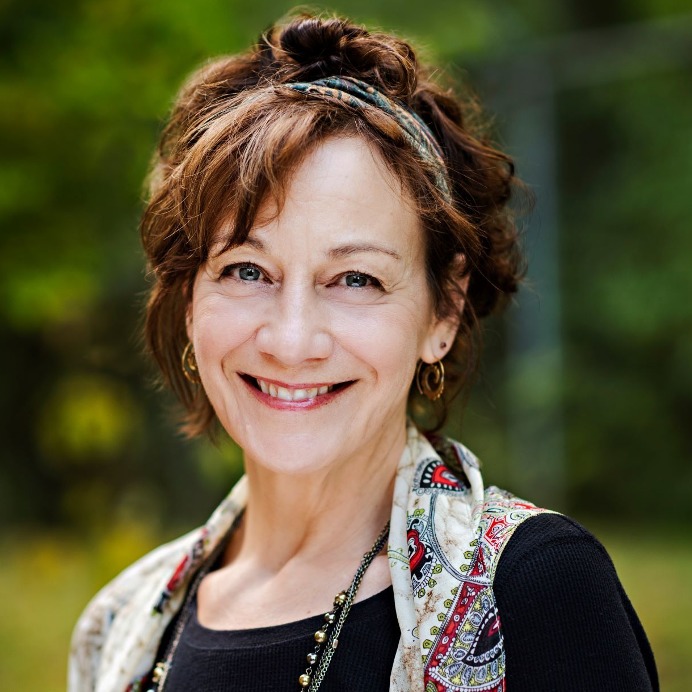 If you’re going to be told you have breast cancer, you want to be able to say, “They caught it early.” With Triple Negative Breast Cancer (TNBC) - an aggressive, difficult to treat type of breast cancer - early detection is especially important.

At 53, breast cancer was not on my mind. I was fit and active with a healthy diet, weight, and lifestyle. No concerns with my family history or things like Hormone Replacement Therapy (HRT). Yes, I had the odd alcoholic drink. Yes, I had taken the pill years earlier, but even with these factors, my risk of getting breast cancer was considered below the norm for someone my age. And, following guidelines, I started getting regular screening mammograms when I turned 50. I was covered. Or so I thought.

In late 2016 I had a “clear” mammogram. Just six months later I was told I had Stage 3 TNBC.  I was blindsided and, I’ll admit, a bit angry. As a project manager who specializes in risk management, part of me also hung my head in shame. I realized that I didn’t know nearly enough about breast cancer, its many types, or all the other risk factors. I quickly learned that early detection depends on so much more than just passively showing up for a mammogram every two years.  My story is one of hindsight and is full of, what I call, SWC (Shoulda, Woulda, Coulda) moments.

Confession time. After that “all clear” mammogram, I was somewhat lax about self-exams. I felt snug and safe in my comfortable, yet eventually false, sense of security. I shoulda continued doing regular self-exams. When I finally did one six months after that mammogram, I felt the lump in my right breast.

I didn’t know that my family doctor got a detailed radiologist’s report after each mammogram, or that it said, “Heterogeneously dense breast tissue. Mammographic sensitivity may be reduced.”  I learned that both tumours and dense tissue appear white on a mammogram. Meaning, if a tumour was present (which it was), there was less chance it would be seen. I wish my doctor had told me about this risk. If she had, maybe I woulda requested other imaging tests, like an ultrasound, which is better at “seeing” a tumour in dense breast tissue.  Maybe I woulda been more diligent in my self-exams. Maybe my cancer coulda been caught earlier.

After going through all the diagnostic tests (another mammogram, ultrasound, and biopsy), the doctor told me it was cancer.  He also felt an enlarged lymph node in my right underarm but said, based on the ultrasound, he wasn’t concerned. What?  I’m not a doctor, but this lack of concern about an enlarged lymph node in conjunction with a cancer diagnosis seemed odd. I shoulda trusted my gut and pressed him on this. It came back to haunt me later.

I had surgery to remove the lump and a sampling of lymph nodes. Three weeks later, my surgeon told me it was triple negative breast cancer. Stage 3. Positive lymph nodes. As I sat there in his office with my “deer in the headlights” stare, he said I would need chemotherapy. And radiation. Then, citing an urgent appointment, he simply got up and left the room. I was angry. And scared as hell. So, along with a referral to the oncology team, I left the surgeon’s office that day with copies of all my test results and learned the following key things:

Why was this not tested? TNBC tends to occur more often in women under 50, in women of African American and Hispanic descent, and is a risk if a woman has the BRCA1 gene mutation.  Because I didn’t check any of these boxes, it was likely assumed (falsely) that I had a more common, less aggressive, hormone-driven type of cancer.

By now there were too many SWCs for my comfort. I knew that, if I was going to beat this thing, I was going to have to take charge and do some self-advocacy.

SWC #5.  Follow this TIP:  be Thorough, Inquisitive, and Persistent

Three weeks into chemotherapy, I felt a new lump in my right underarm. Aware of the aggressive nature of TNBC, my oncologist ordered an ultrasound which confirmed the cancer was in more lymph nodes.  And there it was: I shoulda trusted my gut back when I was first diagnosed and pressed the doctor about that suspicious lymph node. Maybe this further spread to more lymph nodes coulda been avoided.

My cancer centre’s tumour board recommended a second surgery to remove the remaining lymph nodes followed up by CT scans to see if it had spread further.

Distressing as this news was, it actually started a series of “early detection” wins that I chalked up to my new-attitude, take-charge TIP: be Thorough, Inquisitive, Persistent.  I spent the time leading up to the second surgery finishing chemo and doing a lot of research.  I learned about TNBC and the increased risk of recurrence. I learned that with dense breasts, the risk of developing a second (contralateral) cancer in the other breast is greater. And I listened to my fear that if a tumour developed, it may be missed again. So, for my second time under the knife, I requested, and received, a double mastectomy.

After surgery, I was relieved to hear there was no sign of residual breast cancer. However, the surgeon did find some microcalcifications in the tissue plus some atypical spots on the skin, both of which can be early signs of cancer. The breasts and tissue were gone, but I decided to be proactive and met with a dermatologist. She found and biopsied three new suspicious spots on my back. Thankfully, they were early pre-cancerous. Doing regular skin exams are now part of my self-exam routine.

Around the same time, the post-surgery CT scans revealed some new and changing ovarian cysts. An OB/GYN was called in and, after an exam and discussion of my options, I opted to be proactive again and had my ovaries removed. It turned out there was some mild hyperplasia, which meant the cysts were not quite pre-cancerous but could become cancerous someday.

As the 4-year anniversary of my diagnosis approaches, my status is NED (no evidence of disease). My doctor tells me I am past the peak window for the TNBC to return or spread, but I know I’m never 100% in the clear so I stay on top of things by being Thorough, Inquisitive, and Persistent about my health.

Today, I have less body parts, but more peace of mind and confidence in what I’ve learned about what’s needed of me – and my doctors – for early detection. For me, it was worth the trade-off. My daughters are benefitting from my SWCs. And the project manager in me is now holding her head high.