What is Breast Density and Why Does It Matter?

Roughly 40% of Canadian women, meaning about 3 million women, have what is known as “dense breasts.” Dense breasts are normal and common, but they also pose cancer risks and screening challenges. Breast density can have a significant impact on cancer detection and the treatment and prognosis of a diagnosed cancer. Many women in Canada are unaware of their breast density, impacting their screening and their ability to be their own breast health advocate. Why is knowing and understanding your breast density so important?

What are dense breasts? 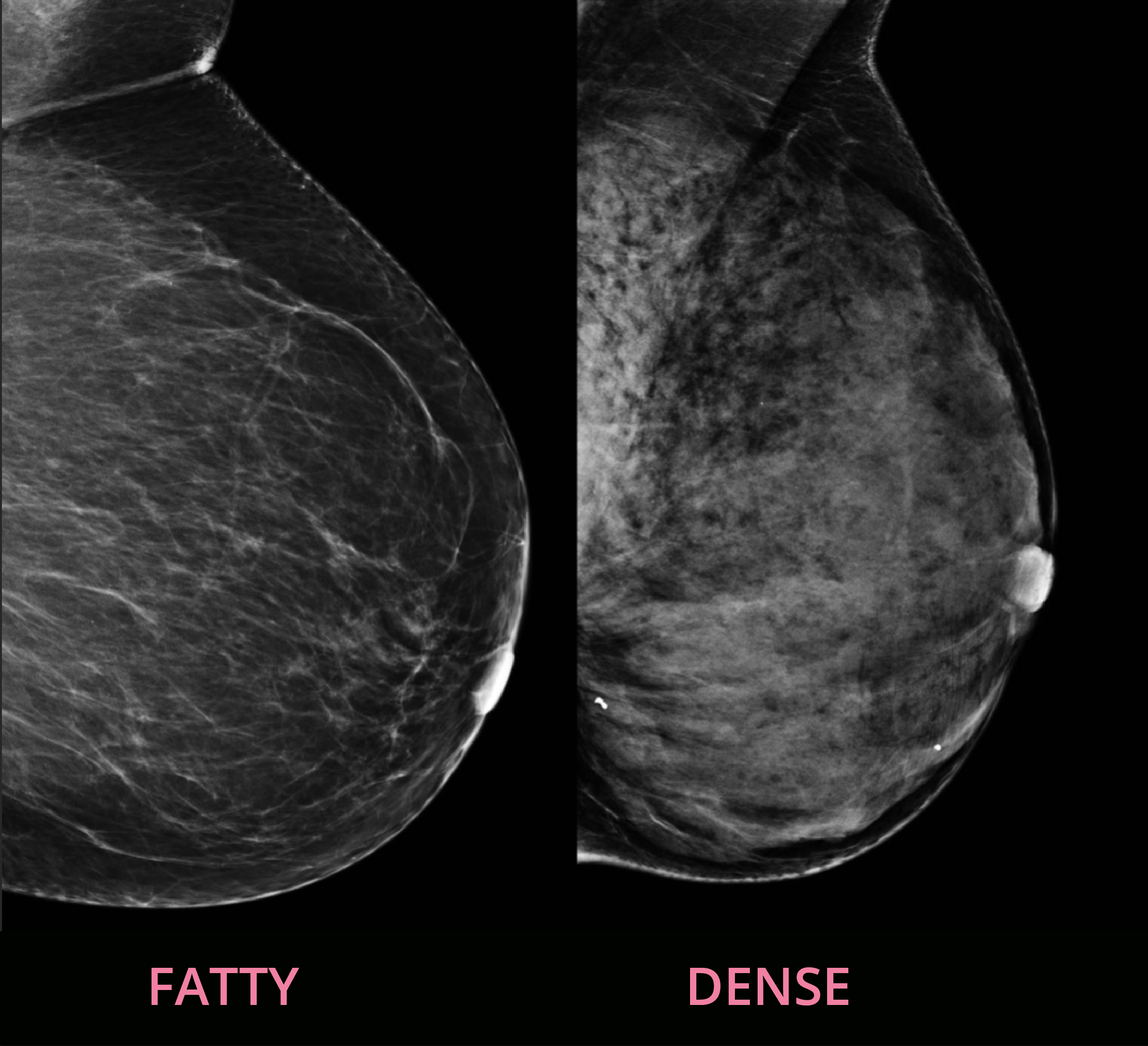 Four reasons why you want to know if you have dense breasts:

1. The accuracy of a mammogram is impacted by dense breast tissue:

Dense breasts are the number one reason for cancer being missed by mammography. In women with fatty breasts, mammograms are 98% accurate, but in women with dense breasts, mammograms may be less than 50% accurate[i] because of a masking effect: both cancer and dense tissue show up white on a mammogram image. Radiologists compare it to finding a snowball in a snowstorm. As a result, there can be a delay in a cancer diagnosis and a worse prognosis for women with dense breast tissue.

2. Women with dense breasts have an increased risk of breast cancer:

3. Women with dense breasts have a higher risk of cancer in the other breast:

Women who’ve been diagnosed with breast cancer and have dense breasts are nearly twice as likely to develop cancer in the opposite breast.[iv]

4. Women with dense breasts have a higher risk of an interval cancer:

Women with dense breasts are 18 times more likely to present with an interval cancer [v] (a cancer that becomes ‘feelable’ after a normal mammogram).  Interval cancers are larger, rapidly growing and have a much worse prognosis than mammogram-detected cancers.

How you can find out your breast density:

What should you do if you have dense breasts?

Until there’s a cure, find it small.

Dense Breasts Canada is seeking to raise awareness of the risks and screening challenges of dense breasts. Please help us spread the word. We are also looking for women with a missed or delayed cancer diagnosis due to dense breast tissue to share their stories.  Please contact us:   info@densebreastscanada.ca

[i]   Kolb, T., Lichy, J., & Newhouse, J. (2002). Comparison of the performance of screening mammography, physical examination, and breast US and evaluation of factors that influence them: an analysis of 27,825 patient evaluations. Radiology. (225):165–17. http://www.surgery.usc.edu/uppergi-general/downloads/readinglist/2002-10-comparison-of-performance-screening-mammography.pdf