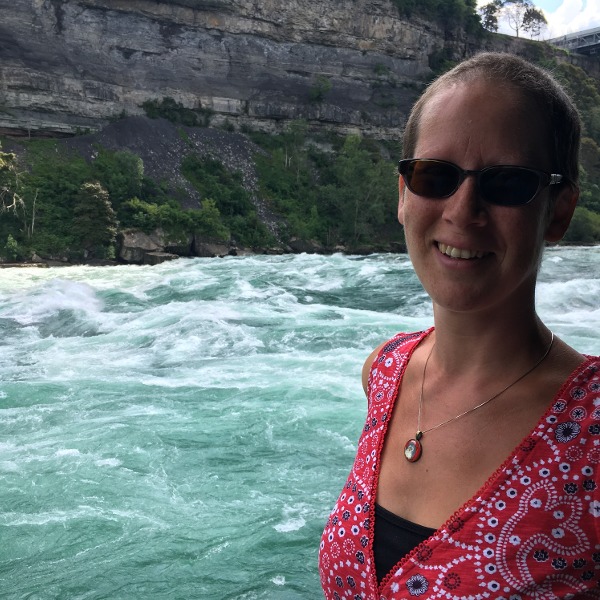 For Shelley Scott of Winnipeg, a metastatic breast cancer diagnosis in November 2016 had a silver lining.

“It helped me appreciate the moments of my life rather than worrying about what might be, which is kind of a gift,” she says.

She tells the story of two coworkers she knew who planned a big trip for the time when they both were retired.  They never made the trip because one of them died.

“We can’t put things off until later because we may not be able,” says Shelley.

“There’s no sense to be made of this.  I can’t stay in the ‘Why me’ phase.  None of this is fair.  But I can’t spend my last years feeling sorry for myself.  I want to live.  You’ve got to suck it up and do what you have to do.”

To help make sense out of her illness, Shelley has taken on the role of advocate.  She works to raise awareness of metastatic breast cancer with the public, medical students, and other groups.  “It’s my opportunity to educate people.  There’s some hope in the darkest situations,” she says.

She wasn’t always so accepting of her illness.  “When I was diagnosed, I thought I couldn’t do much,” she says. “It took me a couple of months with the help of a support group to face this illness as positively as I can.”

Through the support group, Shelley learned about treatment options that would give her the best quality of life.  “Educating yourself makes you feel in control,” says Shelley.  She researches everything her doctor tells her and wants all the information possible.  She also advocates with her doctor so that her treatment schedule fits in with her life.  “You’ve got to be part of this,” she says.  “You can’t just go on what the doctor says.  You’ve got to network and find out about treatments.”

The chemotherapy drug Docetaxel was Shelley’s first treatment.  It made her so fatigued that she had to stay home for seven days after a round of treatment.  She also lost her hair.

Shelley says that her young age of 37 made her better able to tolerate chemotherapy, which was given at a high dose.

She will receive chemotherapy at intervals for the rest of her life.  Since her cancer is triple positive (estrogen receptor positive, progesterone receptor positive and HER2 positive), she is also currently receiving tamoxifen and Zometa, as well as Herceptin and Perjeta.

She will not have a mastectomy because her cancer has already spread to her liver and her bones.

According to Shelley, “It is immensely important to me that we have access to new drugs as they become available. It is the literally the difference between life and death for those of us who have metastatic breast cancer. I am fortunate that I have found success with the first drug I tried but it might not always be the case.”

“We all deserve to have the same access to the same clinical trials and medications that other provinces do. For example, I know there are trials that are accessible to people who live in British Columbia but not available to people who live in Manitoba. It's simply not right. I understand the population and funding issues, but it doesn't make this less of an issue. I know I am fortunate to be finding success in my treatments but I know of many that don't and it's simply not right. It needs to be done on a national scale, not province by province. Location should not play into if you have a chance at adding quality years on your life or not.”

Shelley discovered her cancer when she was taking a shower. Because she was showering at her friend’s house, she was washing with her hands and not her usual loofah sponge. “I honestly think that without using my hands to wash without the loofah, I wouldn't have found the cancer for months yet.” She arranged for a mammogram, and the cancer diagnosis was confirmed.

Shelley isn’t married and has no children, but she has a “sassy cat named Karma” and a “super supportive family.”  She expresses deep appreciation to the friends who have stayed with her through her illness, which no doubt makes for difficult conversations.  “I really appreciated people who came out of their comfort zone and called me on the phone or invited me to lunch.  I’m blessed to have some amazing friends” she says.

At the same time, she says, “I couldn’t expect my family and friends to understand.  No one can understand unless they’ve walked that walk.”  That’s why she is so glad to be part of a support group for metastatic breast cancer.

Shelley says that cancer caused her to “re-evaluate where I’m going.  It changes the whole trajectory of where you’re going as opposed to where you thought you’re going.  It has given me the drive to do things that I always put off.

“At first, I wouldn’t even agree to go to a concert in four months because I didn’t know how I would be feeling.  Now I’m going on a trip to Europe, which I always wanted to do.  Breast cancer has put a fire in me to do things I want to.  I can live my life the best I can.”