In search of timely and equitable access to drugs 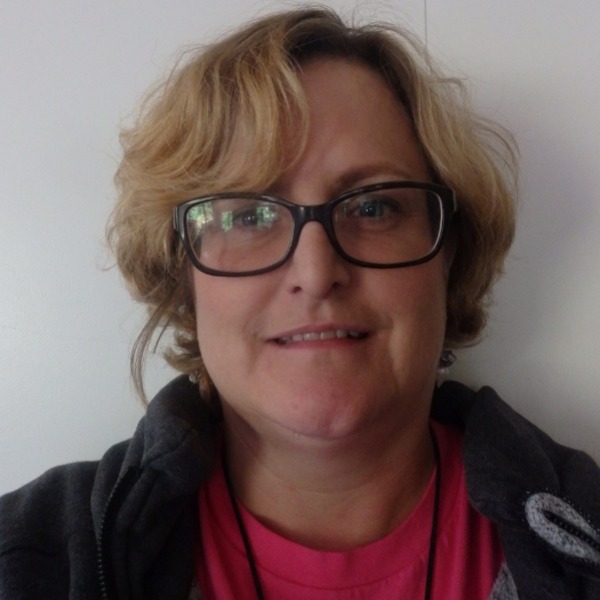 I learned about “timely and equitable access” to oncology drugs at the Canadian Breast Cancer Network's metastatic breast cancer advocacy training in 2013. I was the first in Canada prescribed Perjeta, days after Health Canada approved the drug. My oncologist shared exciting trial results about dual blockade (using two drugs simultaneously against breast cancer). The trastuzumab emtansine (TDM-1) trial had closed days earlier. Another combo was available but it was “back pocket.” The caveat was that it wasn’t funded but my extended health insurance benefits agreed to pay. On route to my first infusion, I penned a sign: BELIEVE. We did. I had dozens of liver and lymph mets and my liver was failing. After two rounds, I had normal liver enzymes and after three, normal tumour markers.

The ground fell out from under me on my forty-third birthday. My insurance company called to withdraw coverage because Perjeta wasn’t funded by the province. The plan had changed in the union contract. I could pay myself--$3600 a month. That’s not much these days; however, it was my entire income.

A friend with metastatic breast cancer coined “I get sh*t done, don’t f#%k with me!” as my slogan. CBCN explained the drug approval process from Health Canada to pan-Canadian Oncology Drug Review (pCODR) to provincial approval. I called PharmaCare, which helps British Columbia residents with the cost of eligible prescription drugs, and was told that provincial approval of Perjeta could take 18 months.  That was half my median life expectancy. I wrote letters to the cancer clinic's Chief Executive Officer and compassionate access program, PharmaCare, my union and employer, and extended health benefits provider. I begged for compassionate funding. Nope.

Sad when you must rely on your town’s fundraiser to access the best, ground-breaking first line treatment. Local newspapers called to interview me. I told my story and explained the process: Health Canada + pCODR + province = delay. Someone sent the article to the cancer clinic Chief Executive Officer. Perjeta was funded shortly thereafter. I had also thrown in requests for Kadcyla and Afinitor for good measure.

I remain NED (No Evidence of Disease) more than four years later. I had a full response by April 2014. I’m an exceptional responder, more common in HER2-positive metastatic breast cancer. However, median survival for this disease is still about 36 months. It’s especially aggressive in younger women and men.

I search trials, read research, and watch the pipeline for metastatic breast cancer. I’ve lost many friends over four years. A friend living with estrogen receptor positive metastatic breast cancer tried to access palbociclib in 2014 because of the success it was showing in trials for her type of cancer. She entered a trial in Portland, Oregon, travelling on her own dime every three weeks. It was too late. I became aware of a great disparity. What happened to British Columbia being innovative and bringing in breakthrough drugs first like it did in my case? In 2016, I learned of another friend travelling across the continent and over the border to access palbociclib through a trial. What? Still not funded? it’s been available in the United States since February 2015 and through their Expanded Access Program since August 2014.

I started digging. Palbociclib was submitted to pCODR in November 2015 and resubmitted in June 2016 with modifications.  It was approved by Health Canada in May 2016 and indications expanded in June 2017. Compassionate access by industry was offered for about six months but then closed.  It STILL isn’t funded in Canada.  As of September 5, 2017, one can only get the drug if one pays or has extended benefits (often with limits).  It is an oral agent, so some provinces will not fund it. Universal health care?

Two more CDK4/6 drugs, ribociclib and abemaciclib, are hot on palbociclib’s tails, with ribociclib approved by the United States Federal Drug Administration (FDA) in March 2017 and abemacicblib up for priority review by the FDA. One can access a few trials in Canada but there are strict criteria and trials are not available in all provinces.

Approximately 5000 women died of breast cancer in 2016 (Canadian Cancer Society, 2016).  This suggests around 14 people died in Canada daily (proportional to the United States). Actual statistics are not kept. Approximately 70 percent of these cancers are hormone receptor positive. They could have seen 18 additional months of tolerable treatment, with some having an exceptional response.

Canada’s system of reviewing, approving and funding drugs feels like it’s falling apart. Why could I get Perjeta seven months after Health Canada approval and my estrogen receptor positive friends are dying while waiting?

I dove into the process this year, becoming involved in Canadian Association of Provincial Cancer Agencies' Drug Funding Sustainability Initiative and attending the 2017 symposium of the Canadian Agency for Drugs and Technologies in Health (CADTH).   How do we measure value? What’s the real world evidence? How can speed up and make access to new treatments equal across the country? A mock deliberative practice at CADTH demonstrated how challenging the process is.

I hold every single stakeholder responsible for this crisis. Including patients and caregivers.  They must ALL get to the table and collaborate and negotiate NOW. “Bridges not walls" (Douglas, 2017). Canada urgently needs to improve processes for adopting new treatments in a timely, fair, and sustainable manner. People are dying while they wait.

Patricia Stoop is a mother, wife and home care occupational therapist living in British Columbia. Connect with Patricia through her blog: https://aftercancercougar.blogspot.ca/2017/05/authentic-patient-engagement-reality.html