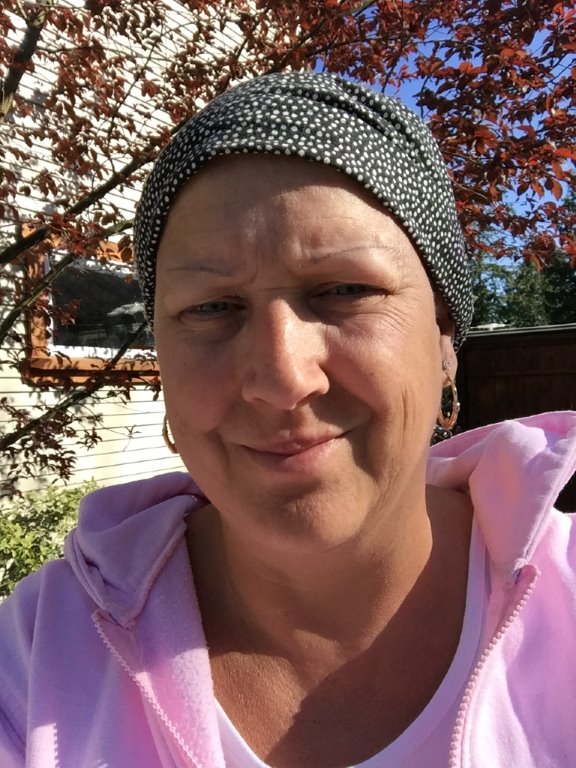 When I was suddenly diagnosed with breast cancer earlier this year, I really did go into shock the first few weeks. I think it's wrong to say that the diagnosis is the start of your journey. It is by no way a journey. It's a bad trip as far as I'm concerned.

The only good part of this trip was meeting some great people as I fought this horrific battle. I also met some great healthcare professionals that I will never forget.

Chemo does drastic things to your body. I finished my last chemotherapy treatment in April. It's now August and I still feel out of place as far as my mind and body are concerned. The doctor told me it wasn't going to be a pretty year and it hasn't been.

At the beginning when I found the lump myself, once I was diagnosed, the doctor said I was lucky as I found it when it was very small; yet look at all I had to go through for catching it when it was small: eight treatments of chemo and 5.5 weeks of radiation.

There are lots of ups and downs with this cancer and its treatments and many can suffer depression. I seem to be one of these people that can have down days and feel sad.

I've never said why me but rather why not me.

I'm very grateful that I worked for Island Health and had good benefits and coverage to allow me to fight this disease without worrying about finances. Many don't have this coverage and cancer can be very costly. The drugs and travel to the nearest city where you see your cancer specialist can put you out of pocket. Lots of my anti-nausea drugs didn't work and were not covered by my benefits so I was just discarding them and trying others out.

The only happy one was our dog. He never left my side and was quite happy to have me home everyday.

By the end of March, I was feeling good after the second-to-last chemo treatment. I saw litter outside that needed to be blown away. So I tried to start a leaf blower, but it wouldn't turn over. By the eighth or so pull I felt a twinge in my back.

By the fourth day, I was at a walk-in clinic looking for relief from knife-stabbing pain in the middle of my back. The doctor at the clinic told me that it was a muscle pull. A month later, an oncologist from Victoria said I was not healing as fast as others, since I was on active chemo and my immune system was low. Healing was just going to take time.

I tried acupuncture, massage therapy, physiotherapy, a chiropractor, anything I thought of to relieve the pain. By the middle of June, I had had enough. A new chiropractor said he wouldn't touch me without having X-rays. The results were three broken vertebrae. My doctor put me on the best pain medication so at least I could function with daily living.

If you are reading this and you are going through cancer, both chemo and cancer weaken the bones, and this can cause easy bone breakage. Up until now I've never had a back issue in my life. As of today, I'm still unable to do much and it's August.

As a cousin recently told me, I should stick to push-button machines!

My mom had breast cancer at a young age of 42. At 45, she got ovarian cancer. Then she got cancer again at 65, which she fought for three years until she passed away.

Between my chemo and radiation, I was tested genetically and was positive for the BRCA1 gene mutation that my mother would have had but did not know. Now I'm on the list to have a double mastectomy and reconstruction. My brother was tested for the gene and he too is positive.

I wish this disease on no one.

Cheryl Moore lives in Nanaimo, British Columbia. She is married with two grown children and two grandchildren She was a hairdresser for 27 years and then changed her career seven years ago and went into healthcare as a healthcare aide.