My Temporary Tamoxifen Breakup is Making Me Feel All the Feels 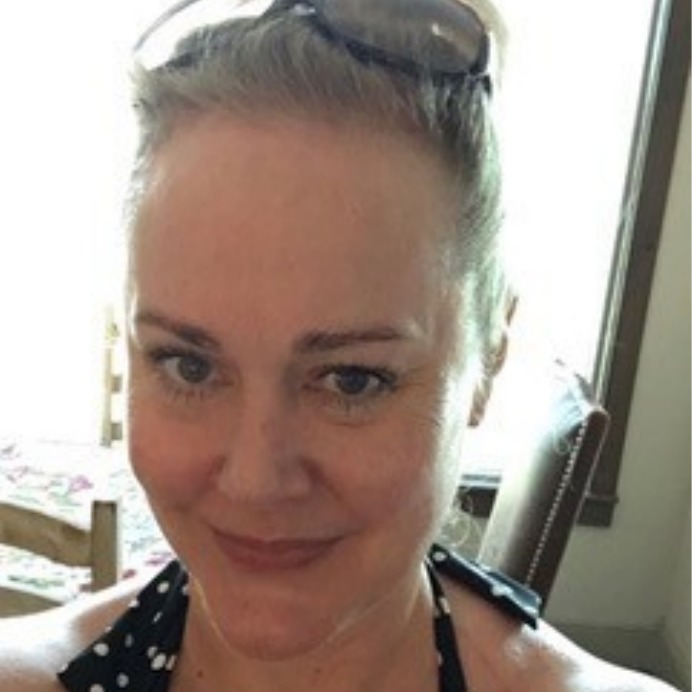 I hope I can write this column without crying. Or at least if I do get emotional, that I won’t need to stop a million times while I wait for the sobbing to ease up so that I can see clearly enough to continue typing. And no, I’m not being dramatic.

Yesterday, I went into a full-on ugly cry while I was watching the latest episode of World of Dance. Five minutes into the show as the first competitor started leaping and twirling I could feel the floodgates building behind my eyes and throat, pulsing, burning and pushing to break free. Blinking fast and swallowing hard, my face scrunched up, I thought I had everything under control when bam! Niagara Falls flooded my living room forcing me to press the remote control’s pause button so many times that despite fast forwarding through the commercials it still took me 90 minutes to finish the one-hour television program… maybe longer.

To be fair, I’m prone to getting a little verklempt each time I turn on my PVR, hit play and watch one of the show’s dancers being particularly emotive during an interview or when I connect to the story their body is telling on the stage. This was different. This was feeling all the feels, all at the same time. Intense. Random. Completely out of my control. And it wasn’t a one-off moment of emotions, either. I’m having repeat experiences all the time, with the ugly cry too, which I’d hoped would be restricted to JLo and her crew but it’s not. Apparently I’m an equal-opportunity crier.

When the body talks

It started 12 days ago, about 48 hours after my oncologist asked me to stop taking Tamoxifen for six weeks. I’d just finished telling him how the drug’s symptoms had escalated again and I was at my wit’s end. For the past two months my hot flashes had become an hourly occurrence, making my entire body feel like it was on fire. The day before our conversation, I’d been standing in the St. Lawrence Market waiting for the fish guy to finish serving the one other customer there when a hot flash hit. The burn started in my chest, shooting its way up to my scalp before plummeting down to my toes. To beat the heat I started stripping off my clothes, first my hoodie and then my t-shirt until I was down to my three-quarter-length workout tank top and track pants. But it didn’t help. I was blazing from the inside out and there was nothing I could do except wait for the fire to burn itself out.

Clearly I looked gross, standing there red, sweaty and drippy because the man in line ahead of me asked if he could buy me a cold drink, you know, for making me wait so long as his order was being prepared. I knew he was being kind and his offer had nothing to do with waiting and everything to do with me looking like a hot mess, so I declined. But my appearance was obviously freaking him out. I mean I had gone from being fully clothed and dry, to looking like I’d just had a shower but didn’t bother to use a towel within nanoseconds. So he persisted, asking what my favourite pop is before sprinting away, returning a few minutes later with a frosty cold can of Diet Coke. I was embarrassed, but I was also grateful and I thanked him.

It wasn’t just the hot flashes and their public displays of soggy humiliation I’d been suffering from, though. The night sweats I’d experienced during the first six months of being on Tamoxifen had also returned and with a vengeance, forcing me awake, soaking wet and alternating between shivering and cold and laying in a hot pool of my own sweat at least three times a night. The joint pain in my hips made walking down stairs treacherous again, while daily headaches and nausea had me tossing back Gravol, Advil and Tylenol like they were peanut M&Ms. I felt like I’d aged a decade over the last 60 days.

When the biological clock strikes

Conscious of my biological age, my oncologist suggested I go off the drugs for six weeks so that we could determine whether my body’s internal clock had finally kicked in putting me in a natural state of perimenopause or if the Tamoxifen dosage I’d been taking was too strong or both. Considering I was already on Apo-venlafaxine to lessen Tamoxifen’s symptoms, I needed to go cold turkey from it too, to see how my body would respond off both of the medications.

It only took about 48 hours of being Tamoxifen free for all of the estrogen the chemo-infused drug had been previously blocking from my body to start coursing through my blood. Boy could I feel it. Fast and furious, every day began to feel like throwback Thursday, if Thursday meant revisiting my former, mouthy 14-year-old self with my does-he-like-me, oh-my-God-he-does-like-me roller-coaster drama of extreme emotions, minus me actually crushing on anyone or vice versa. It was exhausting. I’m not proud of this, but the highs and lows had me deep diving into a bag of salty rippled chips while cursing Jane from Netflix’s Jane the Virgin in a shouty voice for getting back together with Michael her ex-boyfriend for more than one episode. Sometimes I think I might be slightly crazed.

Today, totally unprompted, I yelled at a friend over the phone, saying that unless we spend more time together we might as well not be friends anymore. Fortunately, we have a couple of decades behind us, I’m normally rational and he’s a decent and kind person. Plus, I’d just finished telling him about my temporary Tamoxifen breakup, so he took my words in stride. My cat hasn’t been so forgiving, however. Last night, a television commercial featuring a little girl paying for a bar of chocolate with buttons and miniature toys had me clutching Trixie-the-cat a little too tightly to my chest while sobbing into her fur. She let me do it without protesting, but she did not like it and stalked off as soon as I released her from my grasp. Now, every time I sniff a little too loudly Trixie gives me side-eye as she quickly sits up, ready to make her get-away if needed.

A few days before that, I started and stopped a video message I was taping as an end-of-season congratulations to my team of synchro athletes 16 times, because I kept spontaneously choking up. And I don’t want to even get into how embarrassing it was to burst into tears during a conversation with another friend when she told me she was going to adopt a rescue dog or how I can barely make it through the CBC’s six o’clock news without reaching for a tissue. Seriously! This new breast cancer chapter is so incredibly unpredictable it may even bring my period back.

When the zone isn’t always comfortable

Not having my period has been the one Tamoxifen side effect I’ve loved. Come on! No tampons, panty liners, cramping or mood swings? It only took about three months after I started taking the small white pills each day for it to stop too, with only one surprise visit halfway through the first year. I haven’t missed having my period one tiny bit. Not being puffy-bloated and having must-eat-all-the carbs cravings 24/7 has also been great. Well, at least it was.

Now that I’m temporarily off the meds, the salty/sweet hunger pains are back, along with a Pillsbury Dough Boy-looking face, hands, feet and mid-section. I’m trying to abstain from eating chips and cookies by cooking with more flavourful spices, sipping ice-cold glasses of Diet Coke and stalking the prosciutto counter at Scheffler’s Delicatessen. But there’s no denying the hormone-induced water weight makes me feel uncomfortable wearing anything but sweatpants and t-shirts. Just last weekend, halfway through a girls’ night on my balcony I had to excuse myself and change into a pair of Lulus when the waistband on my jeans felt too tight. I’ve also taken to wearing a thick strapped, sporty looking, boob-minimizing bra paired with unattractive, high waist cotton underwear that stretch waaay up and over my belly button and extend far below my butt to graze my thighs—all to hold everything up and in its place. None of it’s cute, not even a little, but it feels so good and right now, all I want is to be in a comfort zone.

This comfortable state and my current love affair with athleisure wear, seems to be working in my favour. Being off Tamoxifen has somehow given me a much-needed boost in energy, making me want to exercise. Since my breast cancer surgery and treatment, I’ve only swam laps a handful of times at the community centre. I do walk a lot, but I know I need to do more. Especially now that I’m on an online dating app and want to feel confident in my skin. Before I was diagnosed, I loved going to SoulCycle classes and even had a Cross

Fit membership for a year. I haven’t worked out hard, in fact I’ve hardly worked out at all for almost two years and while I have zero desire to do clean presses, snatches and box jumps at 6am or 6pm, ever again, my drive is increasing.

A couple of days ago, I signed up for a Barre-fusion class that I can do online, at home and at my own pace, albeit with a tribe of like-minded ladies to keep me accountable. The workout challenge is 60 days in entirety, so no matter what outcome manifests between Tamoxifen and me I’m hoping I’ll have a new routine set up and in place by then to help me power through whatever new symptoms occur. I’ve stocked up on Kleenex too, so there’s that.

Adriana Ermter is an award-winning writer and editor. Her work can be read in Figure Skater Fitness, Canadian Hairdresser and IN Magazine, as well as online at 29Secrets.com, RethinkBreastCancer.ca, Popsugar.com and AmongMen.com. The former Beauty Director for FASHION and Editor-in-Chief for Salon and Childview  magazines lives in Toronto with her very spoiled cat, Trixie-Belle. You can follow Adriana on Instagram @AdrianaErmter or on Twitter @AErmter