Fact: When I Look Good, I Do Feel Better 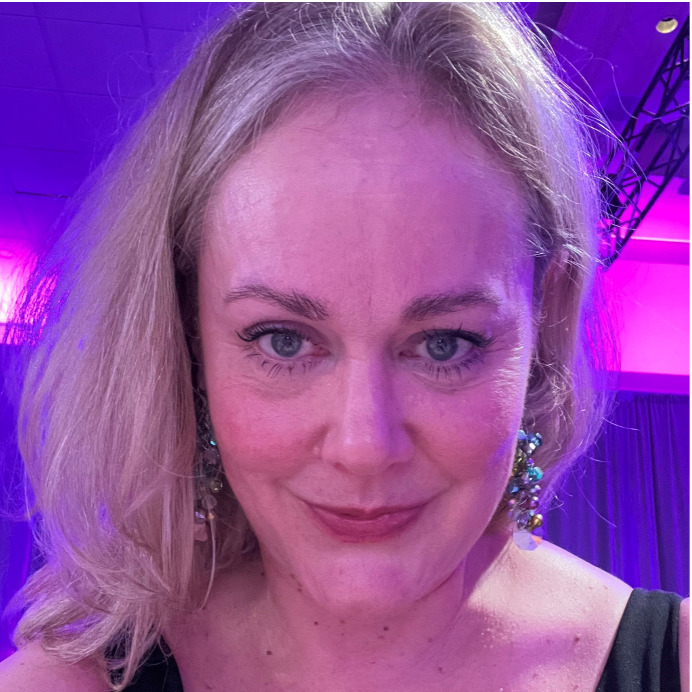 Growing up, every time I passed a mirror I would pause and stare at my reflection. I got busted for it too. A lot. My mom and aunties told me it wasn’t nice to look at myself, that it was vain or to cut it out—sometimes they said all three statements at the same time. To be clear, I wasn’t always admiring myself, I mean sometimes I was, but after I turned 12 and went to junior high school, my covert glances were more about me feeling insecure than anything else. I had to make sure I didn’t look weird, that my bobbed hair was tucked behind my left ear just so or that my highly Ten-O-Sixed skin wasn’t shining like a too-bright light. I was looking because I needed to reassure myself that I looked good. That I was good enough.

I’m not going to say I grew out of this phase, because I didn’t. I prefer to think that I grew into it, instead. It happened after I’d moved from Calgary to Toronto for university and began believing that being nice had absolutely nothing to do with mirror time. Any girl, all women for that matter, should be allowed to look at themselves in the mirror or in the reflection of a store window or on the screen of their smart phone…whenever they bloody well want to and without criticism. That was and became my motto.

Then I got cancer and stopped looking into mirrors all together.

At first, I stopped because I couldn’t bare to look at the bald patches where my lower eyelashes had fallen out. After surgery, I was too busy sleeping in bed or lying on the couch to care. During treatment, which I worked through because I couldn’t afford to quit (my full-time job that didn’t offer short-term disability), I was too exhausted to bother looking at myself. Later, I was too embarrassed by the near 40 pounds of weight I’d gained in just three months of taking the daily dose of Tamoxifen my oncologist had prescribed. Every week, despite blindly walking past Princess Margaret Hospital’s Look Good Feel Better room filled with volunteers helping women regain their confidence by trying on fashionable wigs and soft hats, experience facial massages and have makeup applications, it didn’t occur to me that I could participate in these events and refuel my sense of self alongside the others.

It's ironic. Prior to having breast cancer, before I worked in the non-profit sector, when I was a beauty editor and writer for women’s magazines, I wrote about the benefits of the organization’s programs. But when it was my turn to be diagnosed — because let’s face it, it’s always someone’s turn, one in eight women will be diagnosed with breast cancer in her lifetime and I was now one of the club — I wasn’t emotionally able to join in.

Outside of my own tight circle of family and friends, I didn’t talk about having cancer. It was too big, too overwhelming, too much. I only started sharing after I ran into a former fashion magazine colleague, who was then working for Rethink Breast Cancer and suggested I write for them. It took a few more months of convincing, as I didn’t believe I had anything of worth to offer before I wrote my first column. When I did, a flood of support from other breast cancer patients and survivors washed in. I wish I’d opened up and joined this community of brave women sooner.

The women commiserated with me. They knew and understood the path I was walking. Many were members of online and in-person support groups; the Canadian Breast Cancer Network’s blog, Rethink Breast Cancer’s retreats, Look Good Feel Better’s programs. All of them validated me, made me feel like I fit in, that I was and am enough and that it was and is okay to look at myself in the mirror again.

It took a while for this to sink in because breast cancer is harsh and cruel. It eroded my self-confidence and self-esteem. It removed parts of my body and destroyed my sense of femininity. Still, I know, I hope, these feelings won’t last forever. I continue to struggle with how I look, but I do look in the mirror now, especially when I am applying a layer of mascara to my eyelashes, which have finally grown back or a coating of tinted eyebrow gel to amplify my sparse arches. I’m grateful do this every day. It creates a sense of normalcy and I do it not only for myself, but for all the women who can’t. It’s not selfish or vain, it is redemption, self-preservation and rebellion.

Adriana Ermter is a multi award-winning writer and editor. Her work can be read in Figure Skater Fitness, Living Luxe and IN Magazine, as well as online at 29Secrets.com, RethinkBreastCancer.ca, Popsugar.com and AmongMen.com. The former Beauty Director for FASHION and Editor-in-Chief for Salon and Childview magazines lives in Toronto with her two very spoiled rescue cats, Murphy and Olive. You can follow Adriana on Instagram @AdrianaErmter.